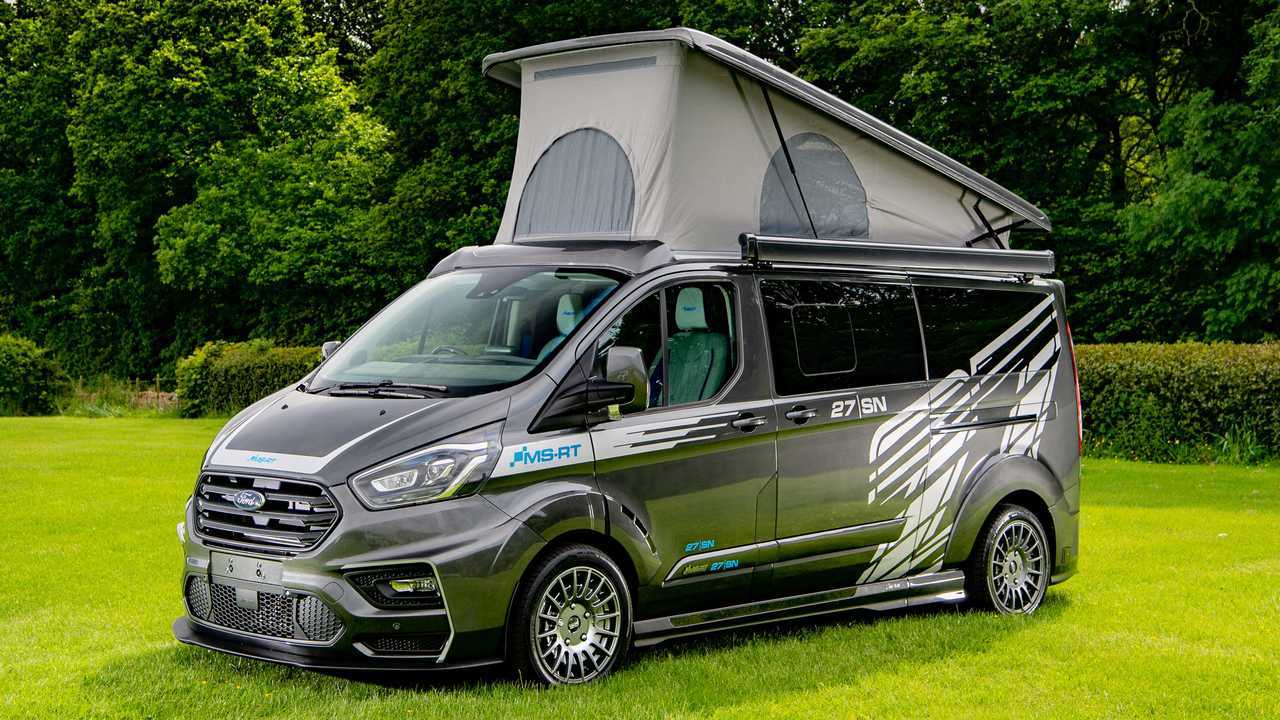 What started life as a standard long-wheelbase Ford Transit Custom has been extensively converted and customised in a collaboration between two Ford Qualified Vehicle Modifiers (QVMs) to become a unique fully-fitted campervan.

The racy MS-RT exterior styling and luxury inside from Wellhouse is the latest in a long line of Fords for Steve, who has had a lifelong love for the Blue Oval.

Aged 11, Steve would rush from school to his local tuning station in Stillington, N Yorks, where he would clean carburettors and tune Ford engines under the watchful eye of the owner, his best mate’s dad.

As soon as he had his driver’s licence, Steve bought a Ford Escort Mk 1 and since then he has driven many Fords, from Cortinas to Sierras and various Escorts.

He also built an Escort Mk 2 Rally car, which was a Group 4 BDG 2.0-litre from what was originally an ‘S’ registered shell.  After entering it in a couple of rallies and sprints, he decided to sell it and set his sights on a campervan.

Steve, who lives in York, wanted a van that combined the style and performance of an MS-RT Transit Custom with the comfort and luxury of a Wellhouse campervan.

With the interior fitout being handled by Wellhouse, Steve approached QVM-accredited partner MS-RT to providing some serious visual style. MS-RT’s new Transit Custom package was adapted for the campervan specification, with a full body kit and anthracite 18-inch wheels backed up by a twin exhaust system and some bold graphics.

Inside, the Wellhouse seating package was given a stylish MS-RT white leather finish with blue stitching and seat belts.

Powered by a 2.0-litre EcoBlue 170PS diesel engine, and driven through a six-speed automatic gearbox, the final price for this unique vehicle ran to £77,000.

“I wanted an MS-RT Transit campervan built to my own specifications and my expectations are pretty high,” said Steve.

“I’m hoping to have some good times out exploring some Ford shows and motorbike shows – once my trailer has been built to carry my classic bikes – and I’m looking forward to travelling around the country seeking out new adventures.”

MS-RTis a Ford QVM-accredited organisation, a joint venture established by Malcolm Wilson – the driving force behind M-Sport – and specialist converter Van-Sport. The venture brings together experienced designers, advanced production techniques and skilled craftsmen to produce distinctive conversions of a range of Ford vehicles.

Wellhouse Leisureis an award-winning camper conversion specialist based in Skelmanthorpe near Huddersfield and is also Ford QVM accredited. Since 2003, Wellhouse has undertaken thousands of camper van conversions, and has worked with Ford since 2013.

For those looking for a more conventional campervan, a new vehicle from Ford direct joins this expanding market ready for next summer.  Ford will launch the Transit Custom Nugget camper in the UK this autumn ready for the 2020 season as the first campervan available from Ford dealers.

The new model, developed in conjunction with camper specialist Westfalia, appeared at the Brussels Motor Show in Belgium in January and has already gone in sale in several European markets, with UK specifications and prices to follow this year.