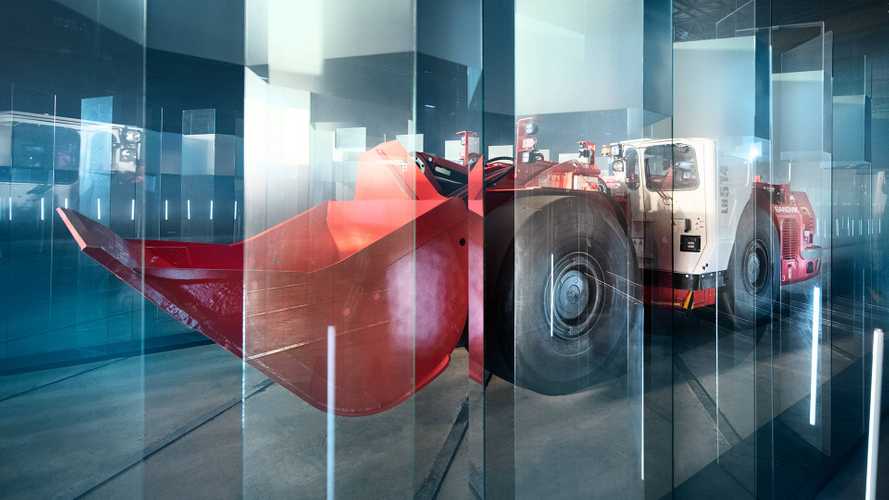 Più sicurezza per i minatori

In recent years, self-driving vehicles has been a widely-discussed topic, mostly at a conceptual level. In fact, global engineering group Sandvik has had automated loaders and trucks working in real mines for over 20 years — with zero accidents involving people. To prove its capabilities, Sandvik moved things above ground and put its next generation of automation to the test.

In a spectacular film, an 11-meter, 38-tonne Sandvik mining loader navigates through a labyrinth of glass, all by itself. While glass is clearly a different material to the rock walls the loader’s laser sensors are designed for, the loader detects the fragile labyrinth and maneuvers through its narrow aisles.

To prove the feat’s realness, Sandvik’s CEO Björn Rosengren takes over the driving at the end of the film and crashes into the glass labyrinth.

"Sandvik’s self-driving loaders have been in use for more than 20 years, with over 2 million operating hours underground,” says Jouni Koppanen, Senior Systems Engineer for Automation at Sandvik Mining and Rock Technology. “A benefit with autonomous systems is that we can move people from the environment underground, that can be hazardous, to safe control rooms above ground, improving safety and productivity for our customers.”

Recently Sandvik introduced the next generation of autonomous systems.

“It’s groundbreaking for the industry that our mining machines now are able to load material, transport and empty it all by themselves” Koppanen says.

For CEO Rosengren, the glass labyrinth test was obviously a special day at work. But the unique filmed feat also demonstrates Sandvik’s view on innovation.

“Some of today’s most sophisticated technology is found within Sandvik’s different business areas,” Rosengren says. “We’ve always worked close to our customers developing new products and technologies. Going forward we clearly see digitalization as a key area. It will help both us and our customers to be more productive, efficient and sustainable.”

While a glass labyrinth might not be a traditional operating environment for a mining loader, such unconventional thinking has enabled Sandvik to stay at the forefront of technologies like automation.

“Years before the automotive industry was even talking about concept vehicles, Sandvik’s self-driving loaders and trucks were already successfully working underground,” Koppanen says.

Sandvik’s automated system means that its loaders and trucks learn the safest and most efficient route the first time they enter a tunnel. Guided by a set of lasers, the vehicle’s intelligent system maps out and records a path. Sandvik’s patented algorithms, together with the loader’s sensors and gyroscopes, ensure it knows where to go underground, where GPS is not possible.

Today, Sandvik has more than 40,000 employees globally, with approximately 2,600 working as researchers in around 50 R&amp;D centers. From engineers to digital specialists, Sandvik aims to boost innovation with a blend of competencies that work together.